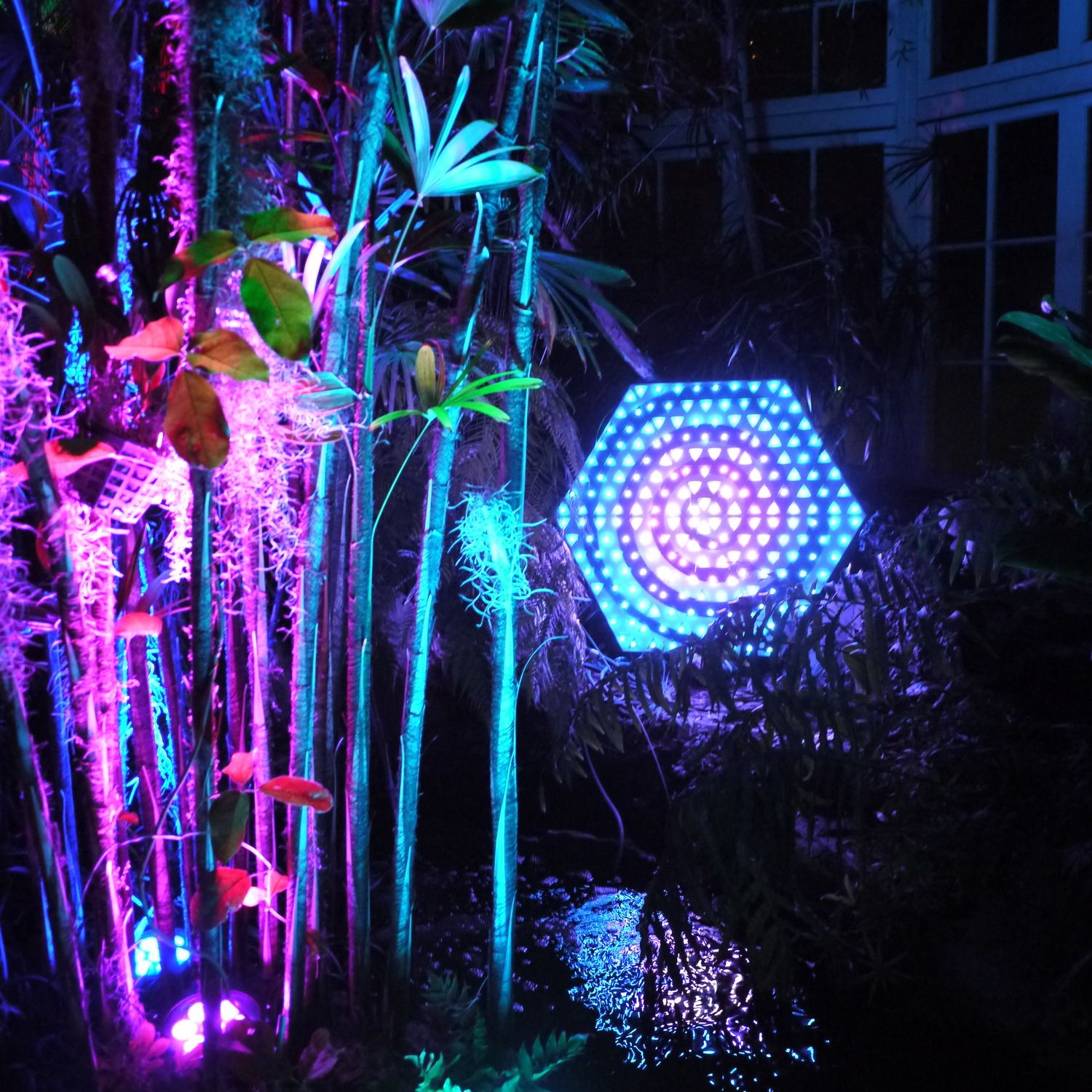 What follows is some material from the development process.

For this project, I wanted to move from using Blinksticks (which have their own USB interface - plug 'n play, use their APIs to update the LEDs) to something lower-level and more customizable. I grabbed some WS2811 bulb LEDs (very common, lots of software support), a power supply, and started buying LED driver boards (F4V3) from https://www.pixelcontroller.com/. I'd recommend these for beginners because
- wiring is straightforward and there's lots of documentation
- on-board buttons and screen let you setup / test your LEDs without external tools
- good web interface for configuration

I did end up frying a few boards & blowing fuses due to not handling the wiring properly. I would recommend using more than the included screw terminals (JST connectors and LED extension cable will save you major headaches).

Code is sent via ArtNet through ethernet & a router with Python code written on a Raspberry Pi. Code for the patterns was all written by me, but there are libraries to help with ArtNet. I had no problems with running a high framerate after switching from wifi to a wired connection.